Belize is the most northern country of Central America, neighbouring Mexico and Guatemala. Guatemala has claimed the territory of Belize is theirs but is now currently an independent Commonwealth Realm which recognises Queen Elizabeth II as its Head of State. The British forces have been in Belize to prevent a Guatemala invasion for many years and led to establishing a Garrison and bringing in a flight of Harriers in the event Belize was invaded. 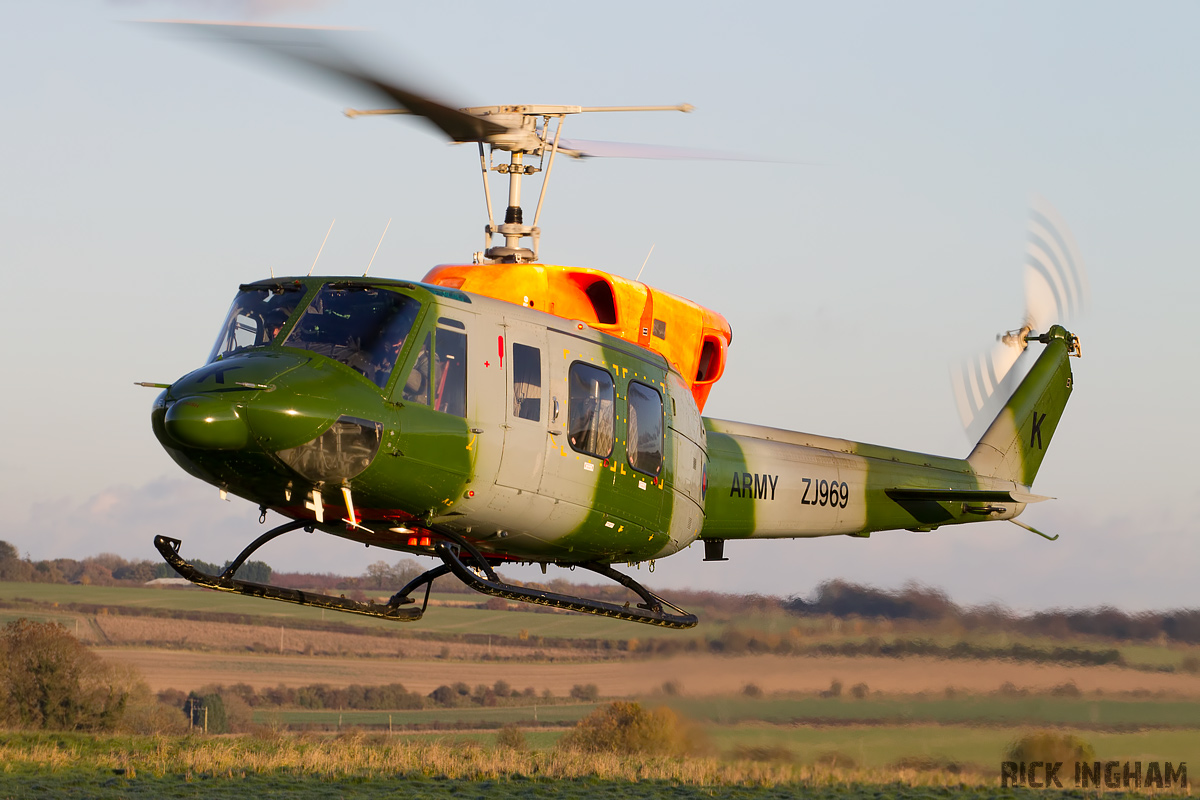 On September 21st 1981 the colony of British Honduras officially became the indepedent nation of Belize and achieved independance. The British remained to continue to prevent Guatemala invading and in 1983 formed BATSUB to make good use of Belize's 9000 square kilometres of dense jungle and open plain-land.
BATSUB (British Army Training Support Unit Belize) ran six exercises a year for British Army soldiers which included intense Jungle training and live firing at 'Baldy Beacon'.
In addition, Belize provided a good oportunity for Adventure Training giving soldiers the chance to be taught Sailing, Snorkelling, diving and canoeing by experienced instructors. This provided good team-building and boosted morale for the soldiers. 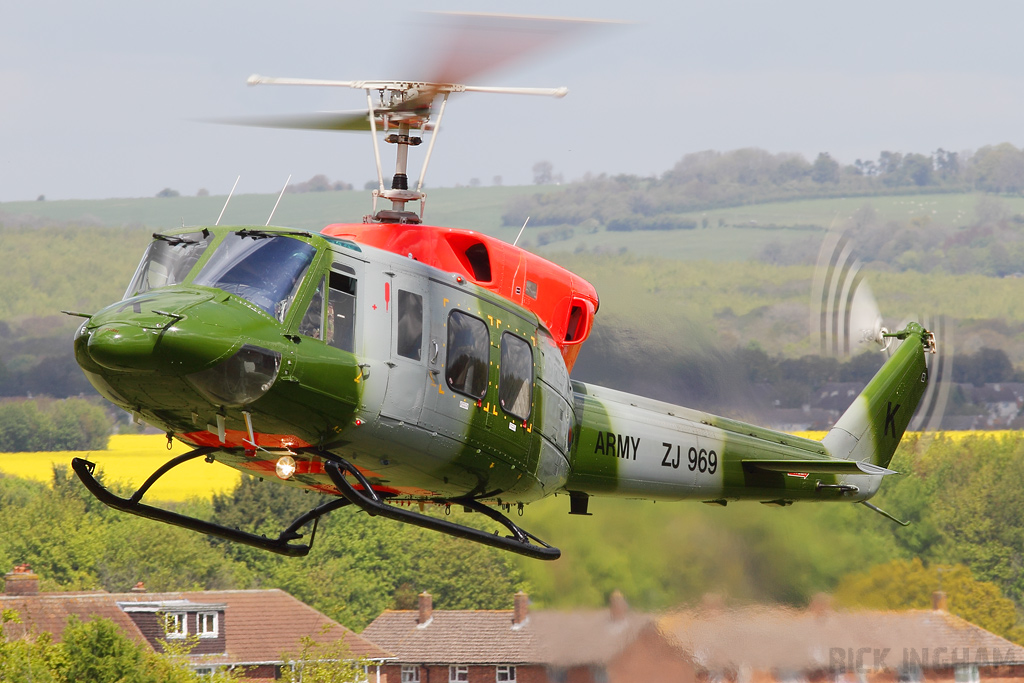 Belize's harsh mountainous terrain was battering the British Army's vehicles moving troops around for the exercises so in 1972, 25 Flight was established. Sioux, Scout, Gazelle and Lynx all played a part in running the operations, but it was in 2003 the first Bell 212 helicopter arrived at Price Barracks (part of Ladyville International Airport). 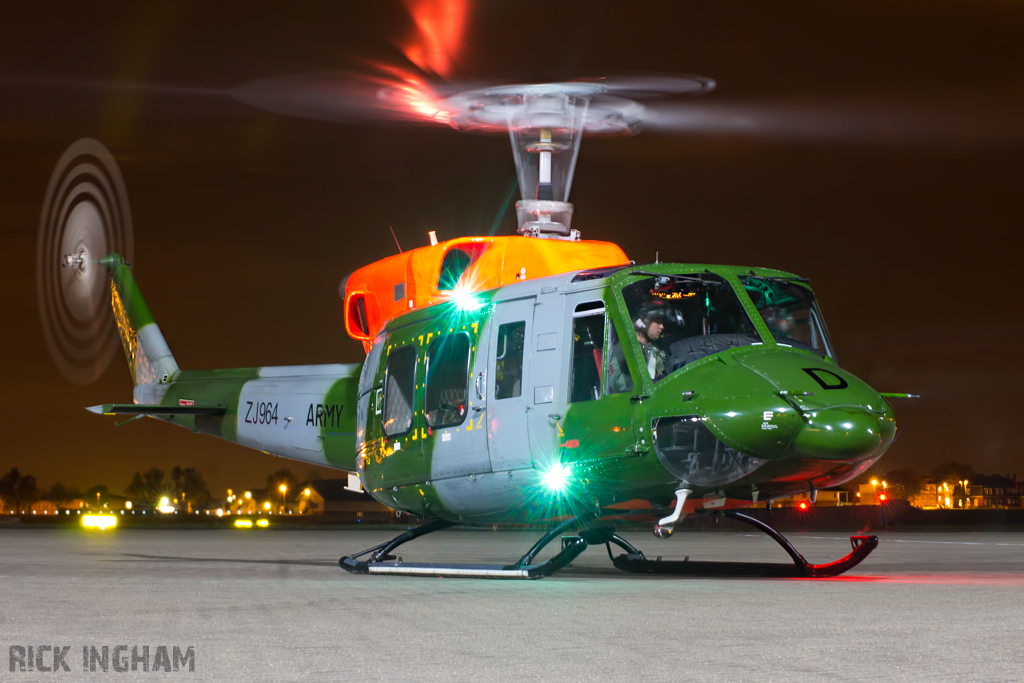 The 212's were maintained and owned by FBHeliservices after REME left with the Gazelle and Lynx. The 212's were leased to the MoD under a ‘Military Registered Civilian Owned’ arrangement. The Bell 212 proved to be a perfect aircraft to provide Forward AeroMedical Evacuation (FAME) cover. FAME was for both British exercising troops and the local populus of Belize acting as an Air Ambulance. The primary role of the 212 however was to provide Air Logistic support to exercising troops
From a pilots point of view, a 25 Flight posting provided un-rivalled flying as it offered extensive mountain, jungle, over-sea and night flying. 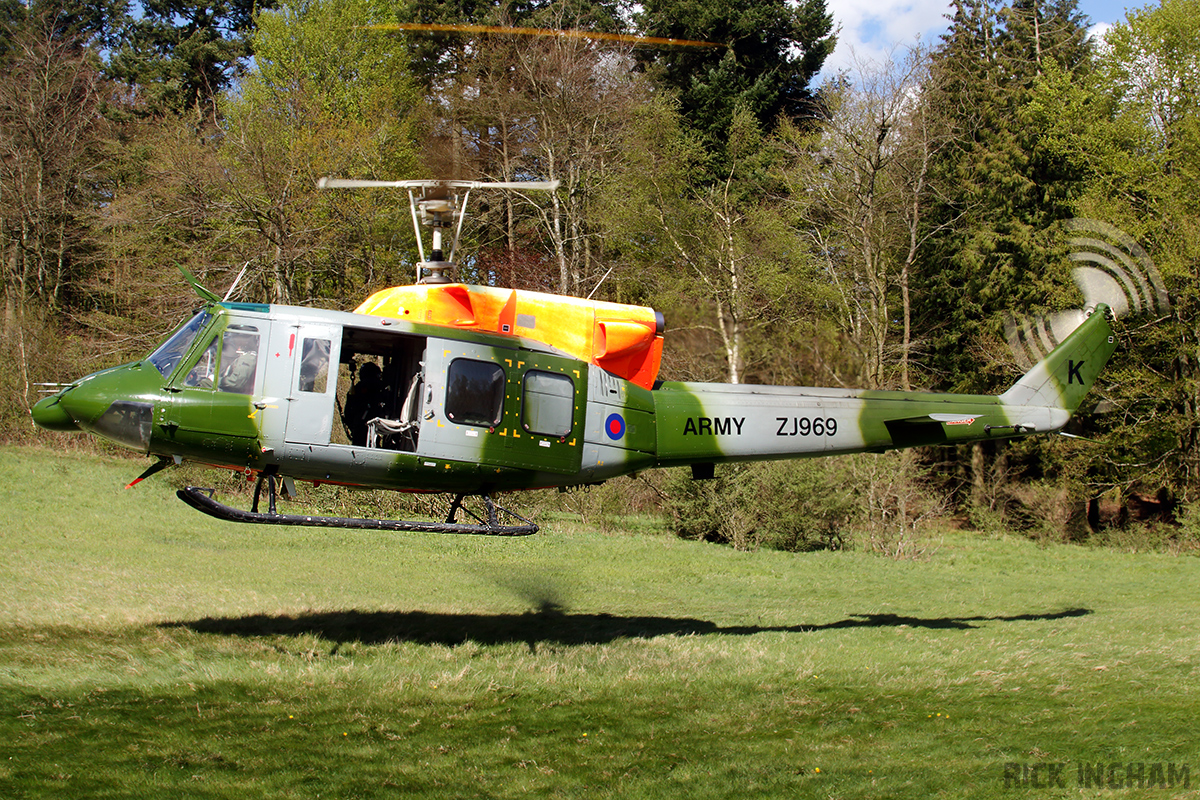 The Bell Twin Two-Twelve used by the AAC, was developed from the infamous UH-1 Huey originally destined for the Canadian Forces in 1968. The Twin Two-Twelve is the civilian version of the UH-1. It's two blades are powered by a Pratt & Whitney Canada PT6T-3 'Twin-Pac' made up of two coupled PT6 power turbines driving a common gearbox which is capable of producing up to 1,800 shp.
The 212's in AAC service are 212HP models. The Bell 212 ”HP” is a high performance modification to the engine, main rotor transmission, tail rotor, and tail rotor drivetrain which delivers an additional 4% of torque to the rotor system, increasing the max payload to be carried either internally or externally at all altitudes and temperatures which makes it perfect for Jungle operations. ZK206, which stayed at Middle Wallop for crew training is the only Bell 212EP (Extended Performance) in the fleet. 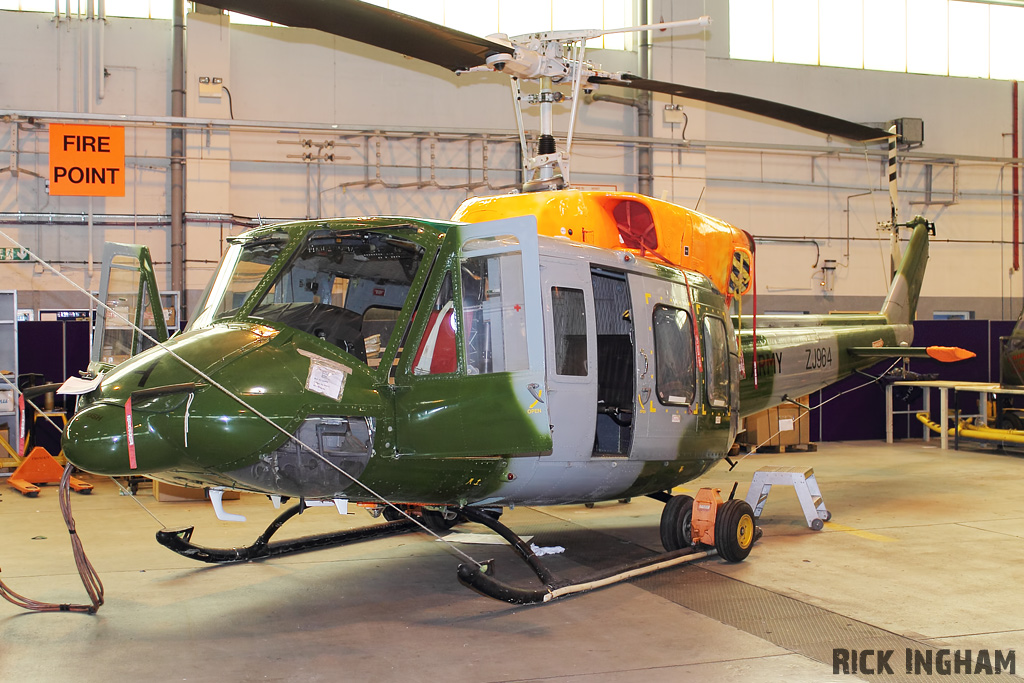 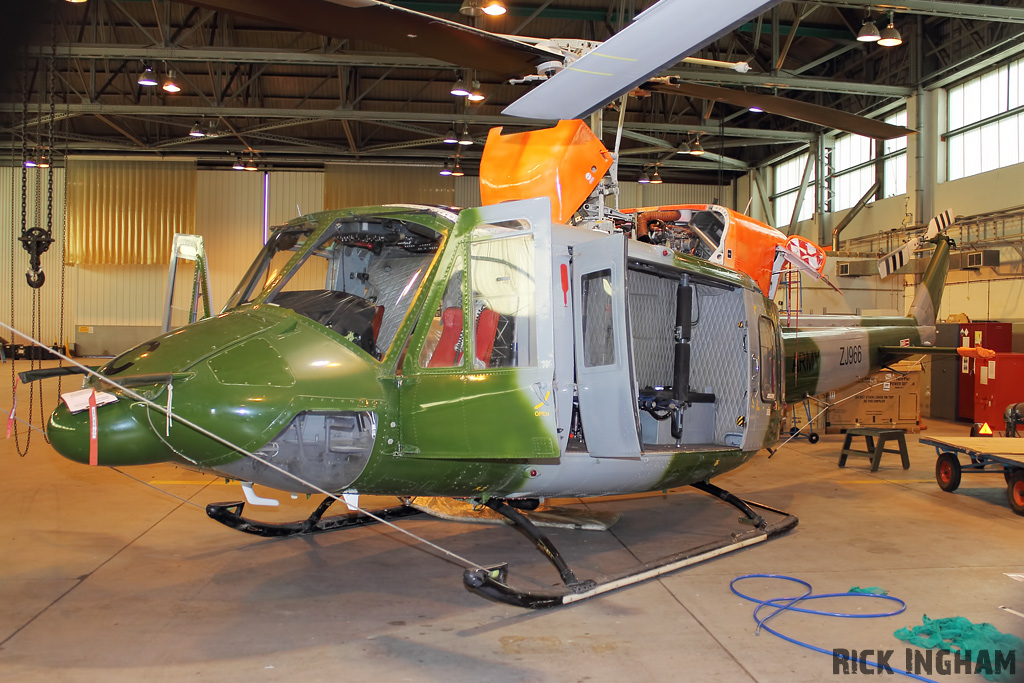 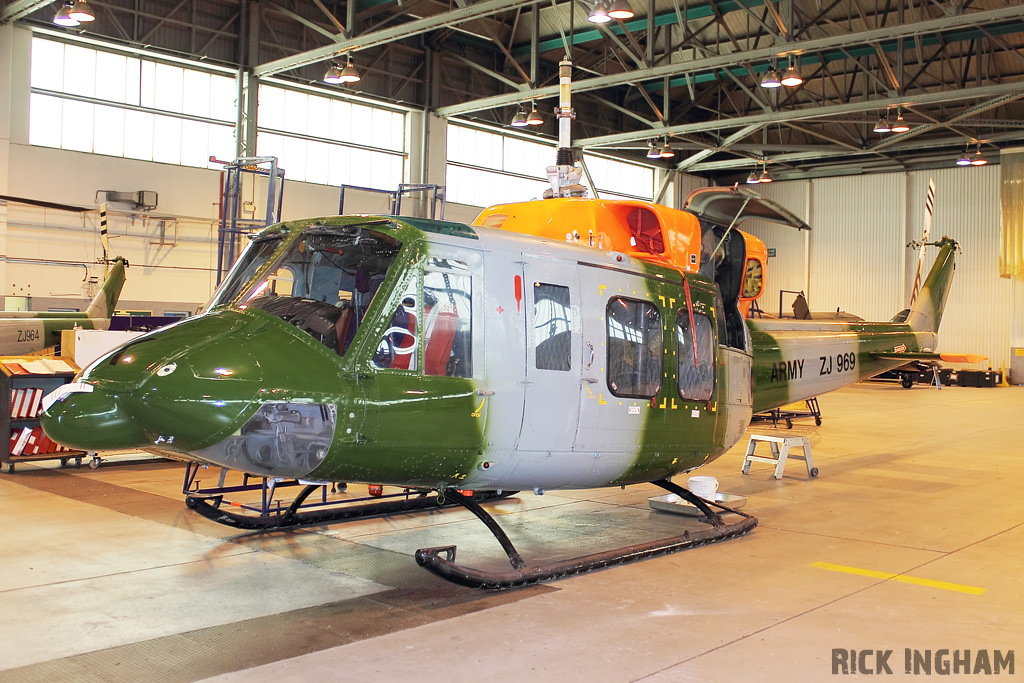 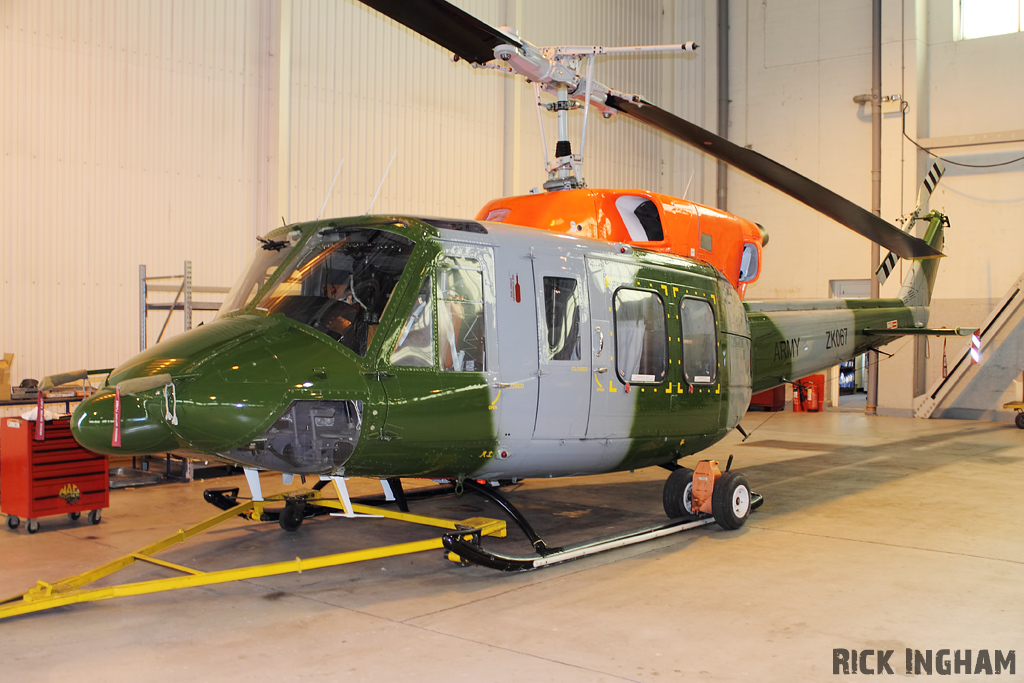 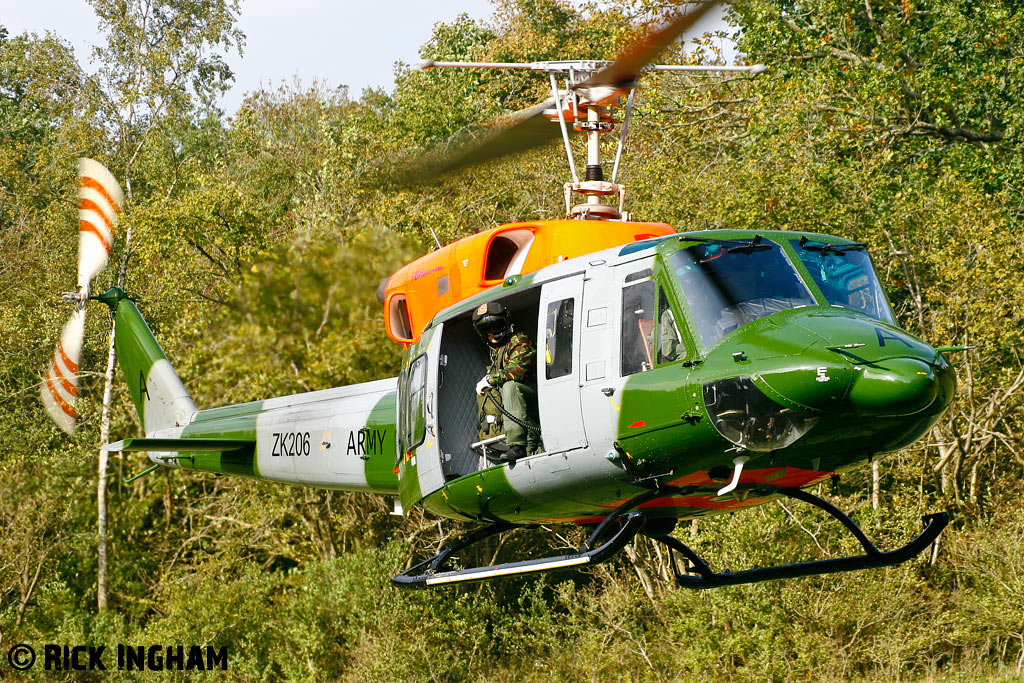 In December 2010 Lt. Col. Rob Lindsay, BATSUB Commander, broke the news that BATSUB would close. 25 Flight stopped FAME cover for the population of Belize to begin it's drawdown and in August/September 2011, 25 Flight returned to AAC Middle Wallop, Hampshire. British Army training in Belize will continue but in a much reduced form, now employing 6 to 8 British soldiers and 60 locals. Mothballing BATSUB will save £9million a year and will take £3million a year from the local economy.
The three Bell 212's will now join the two cabs based at AAC Middle Wallop and continue training crews for 7 Flight Brunei and also contribute in troop moves, Under-slung load training etc. It has also been rumoured that they will help support the Olympics, though there has been no official comment regarding this. 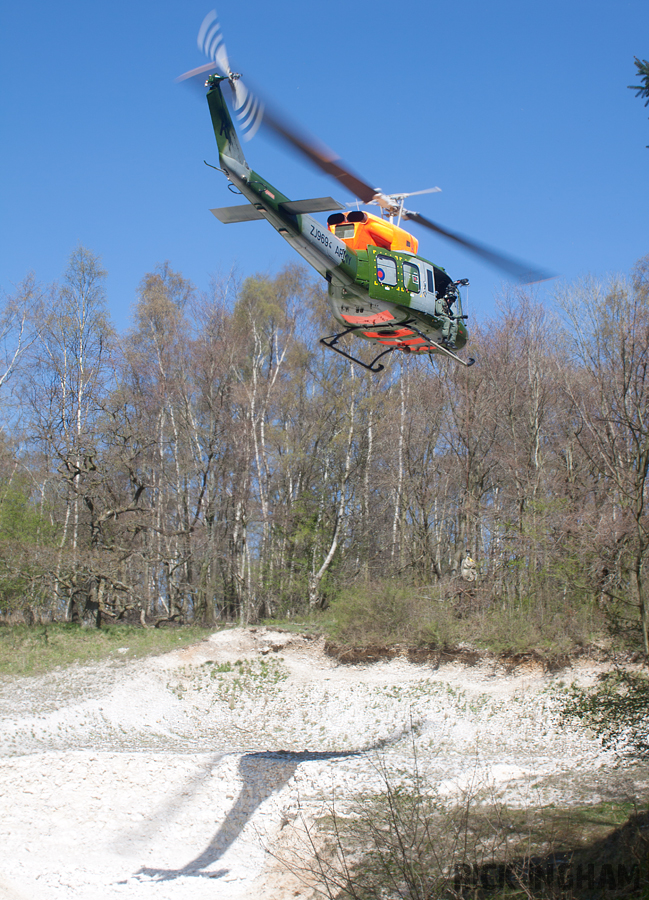 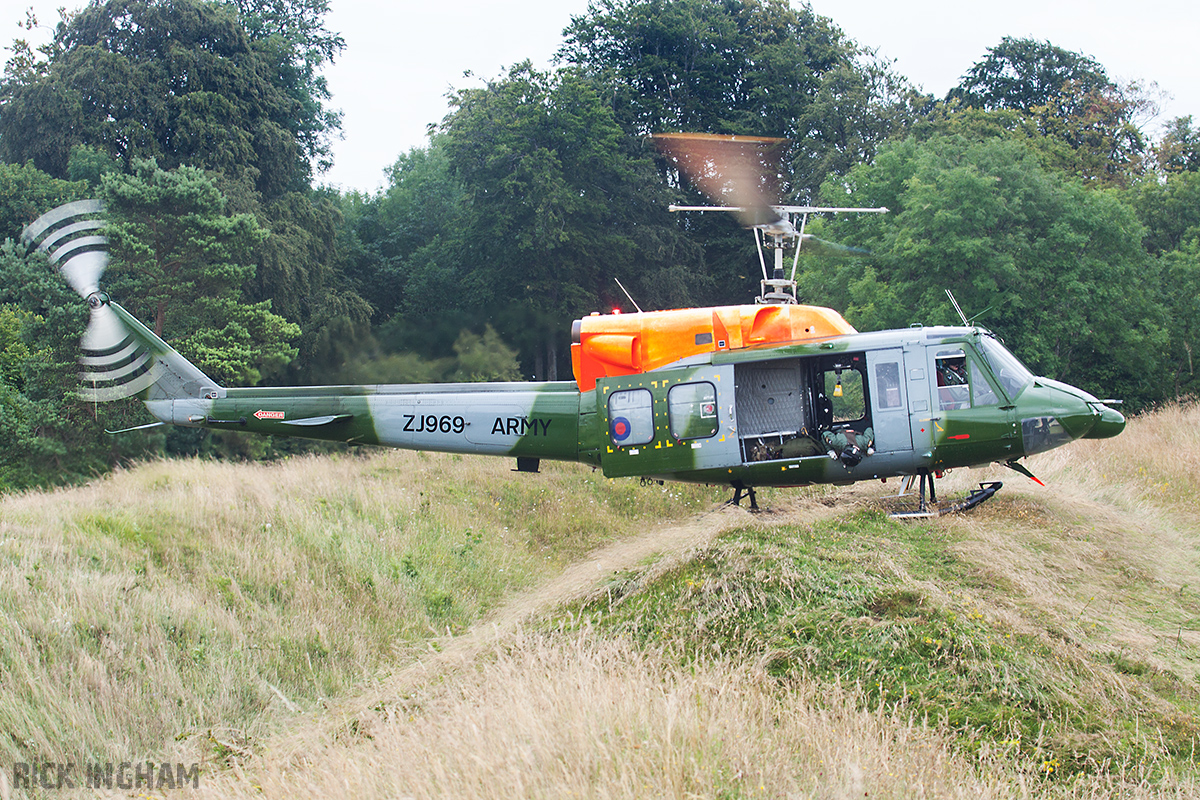 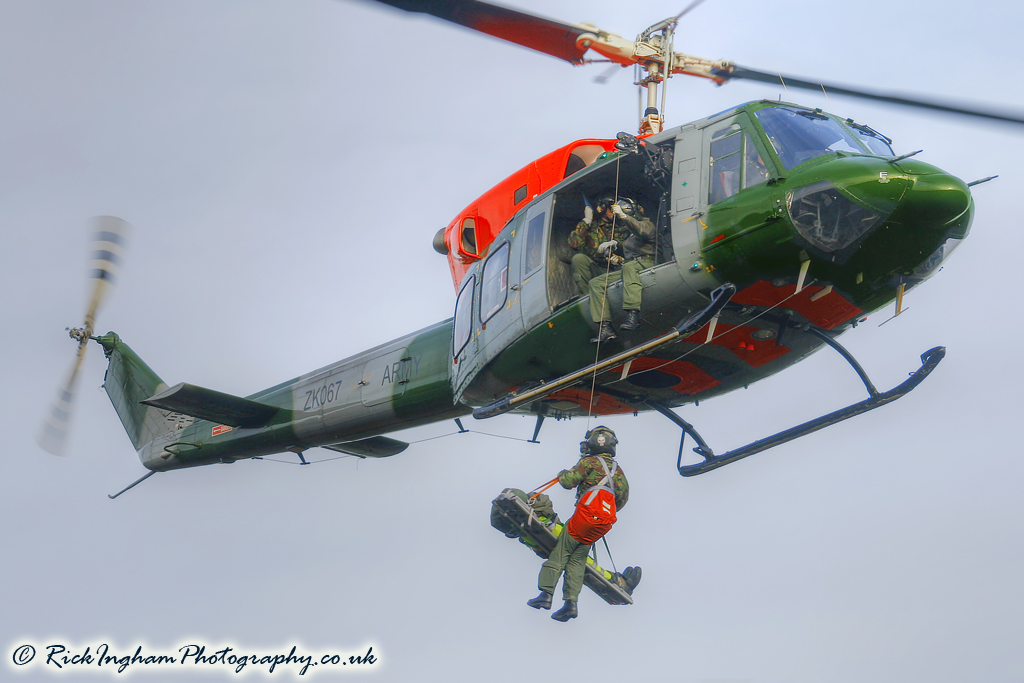 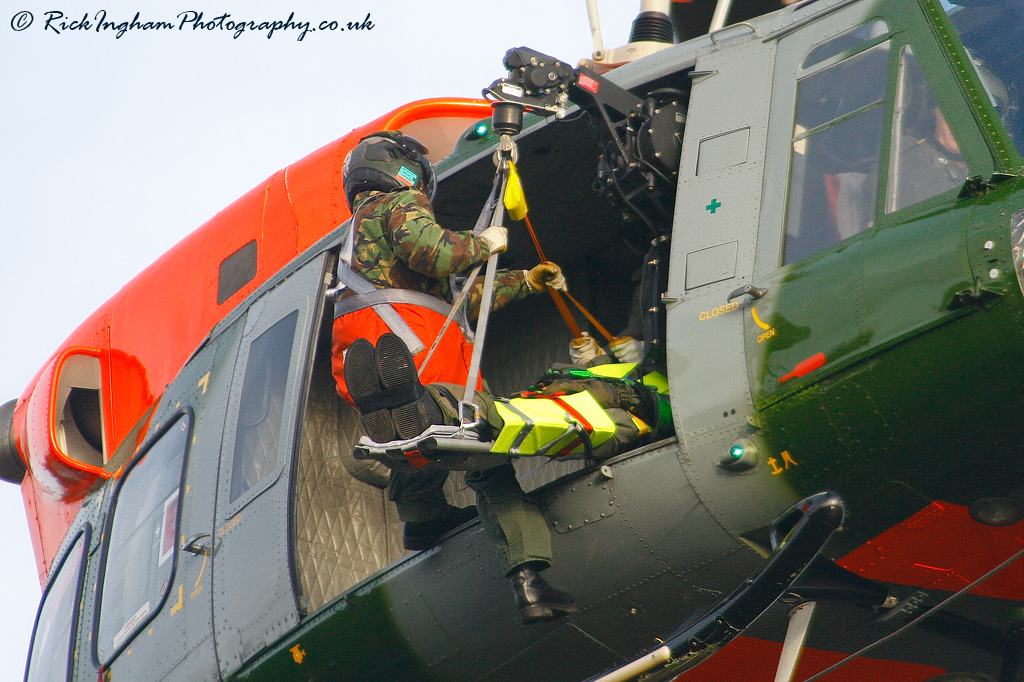 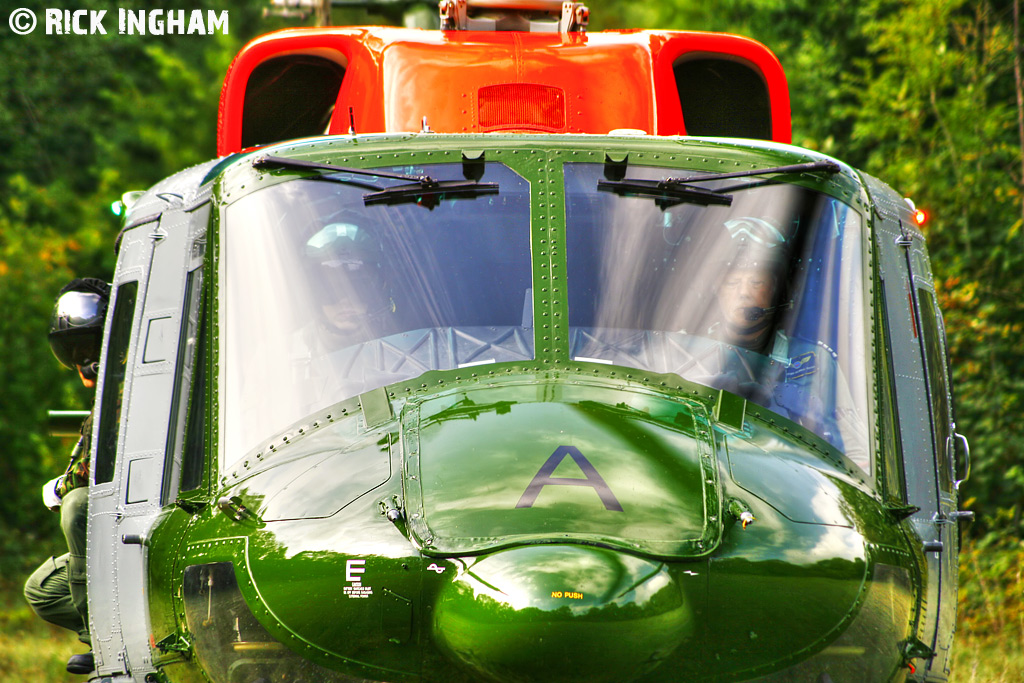 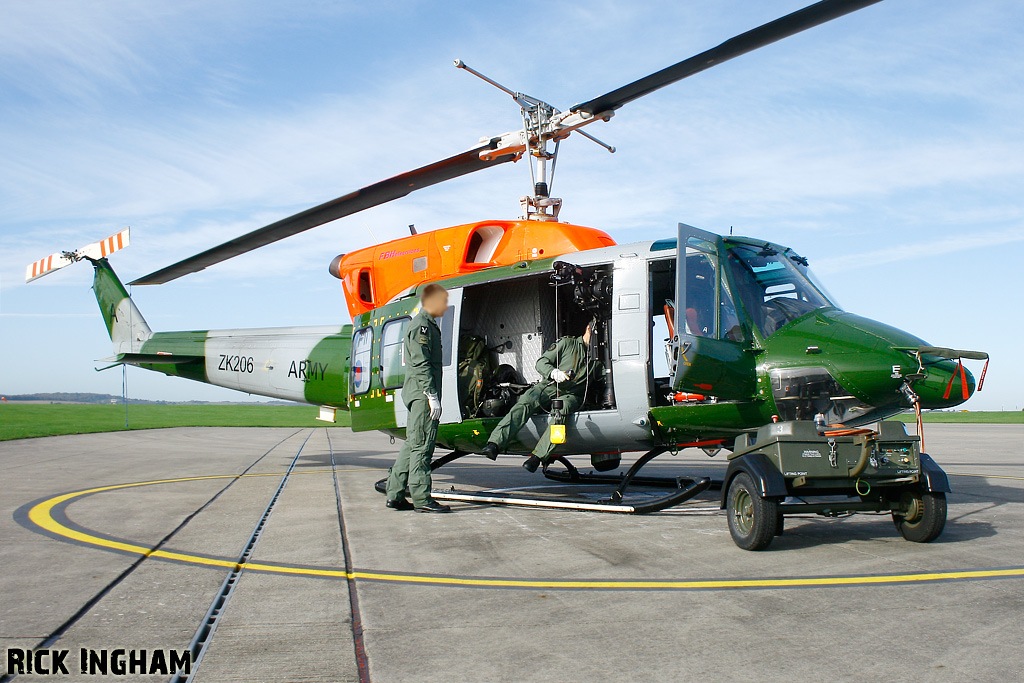 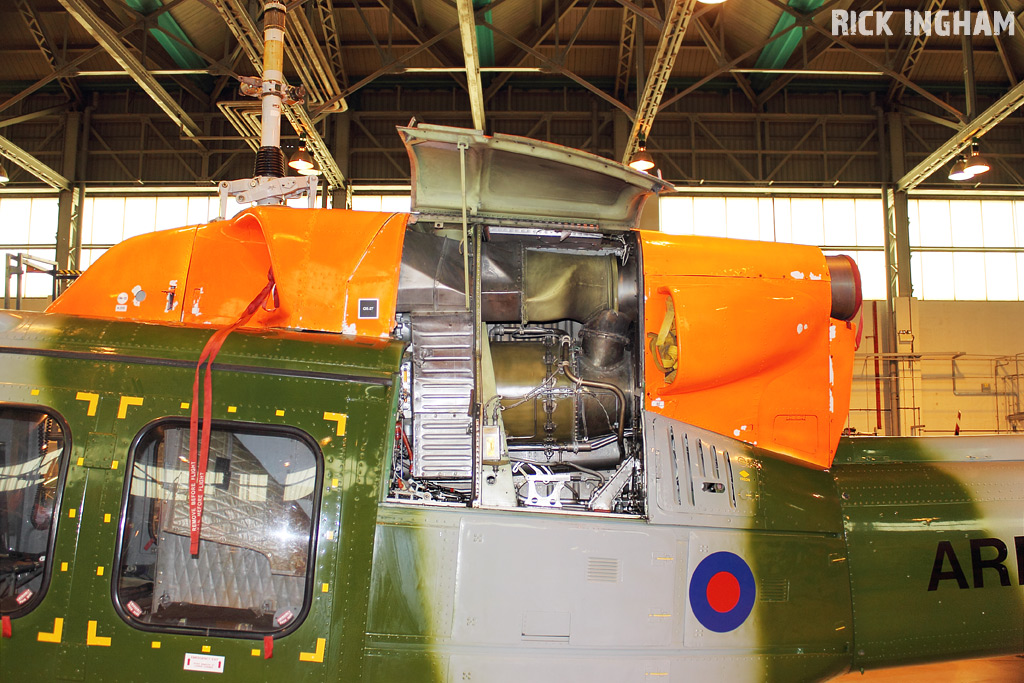 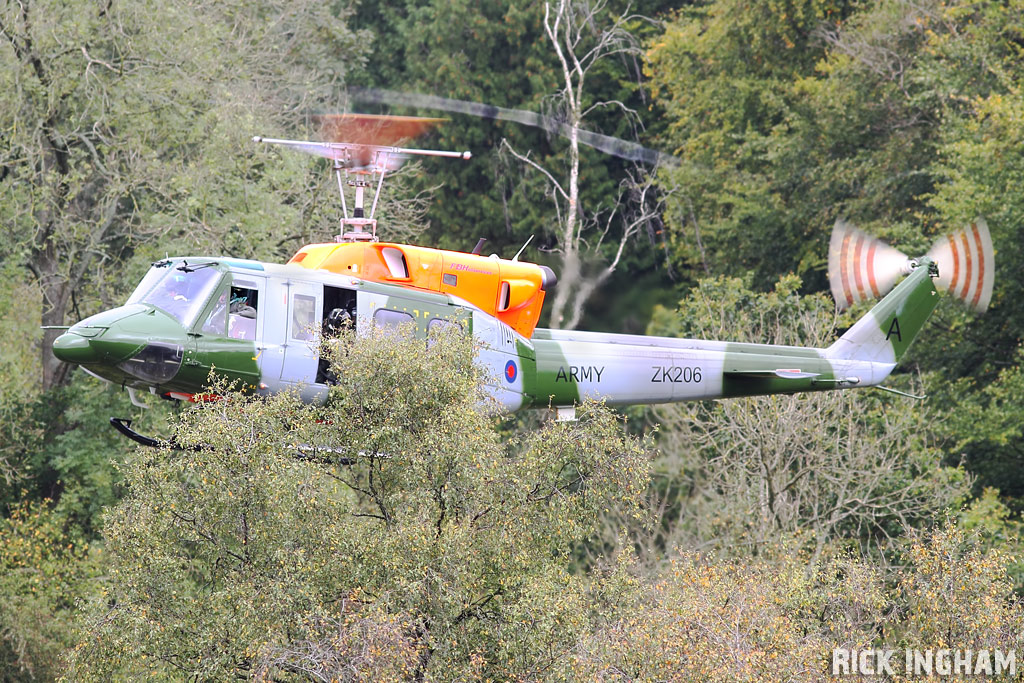 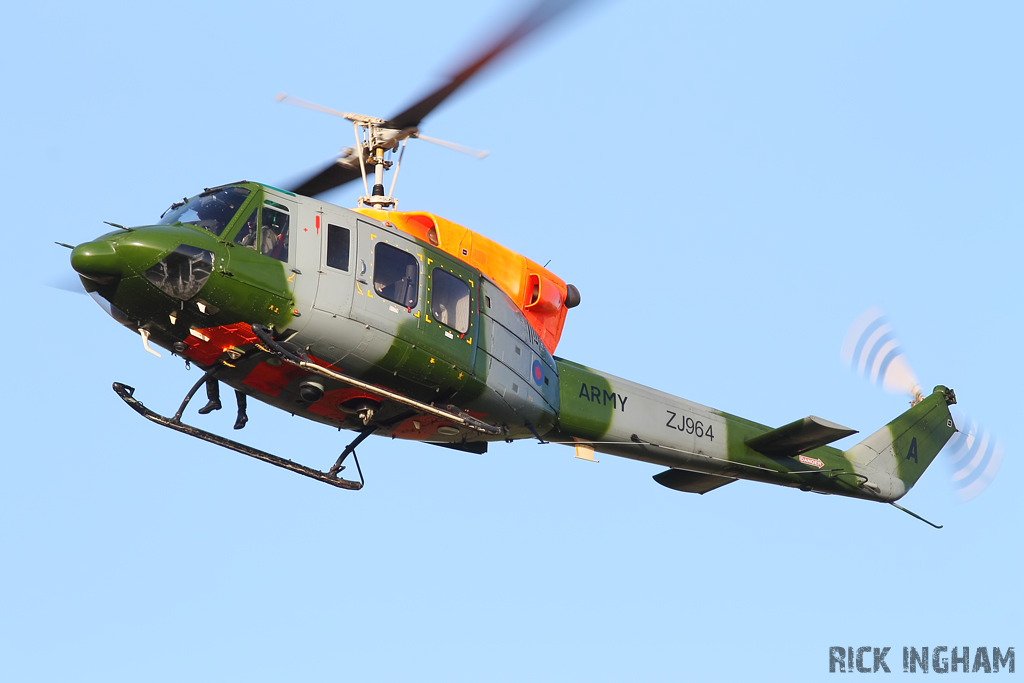 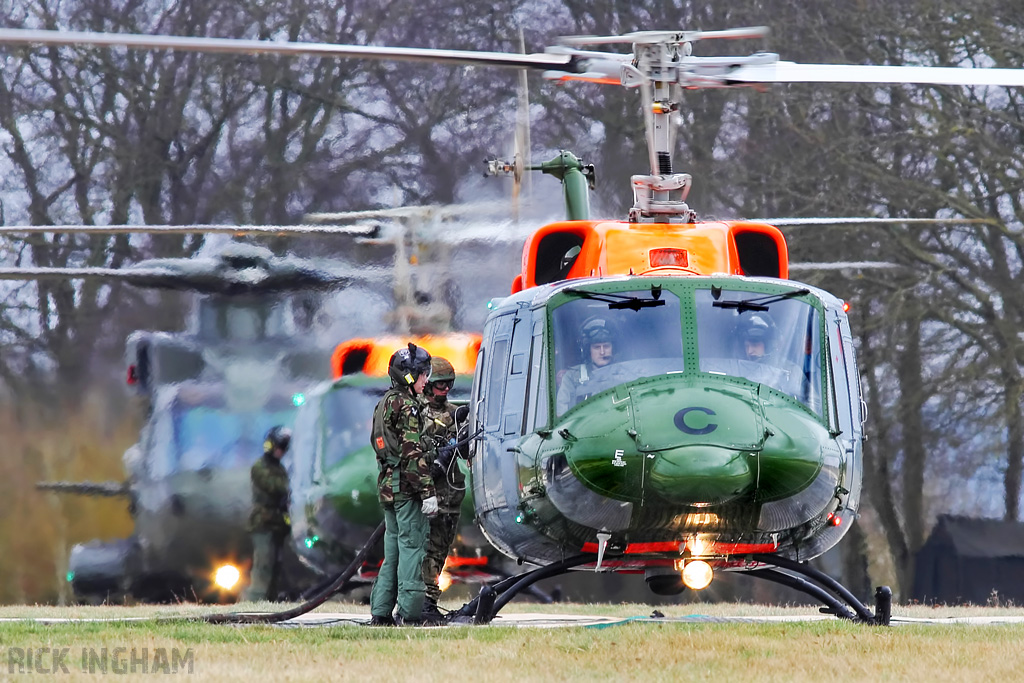 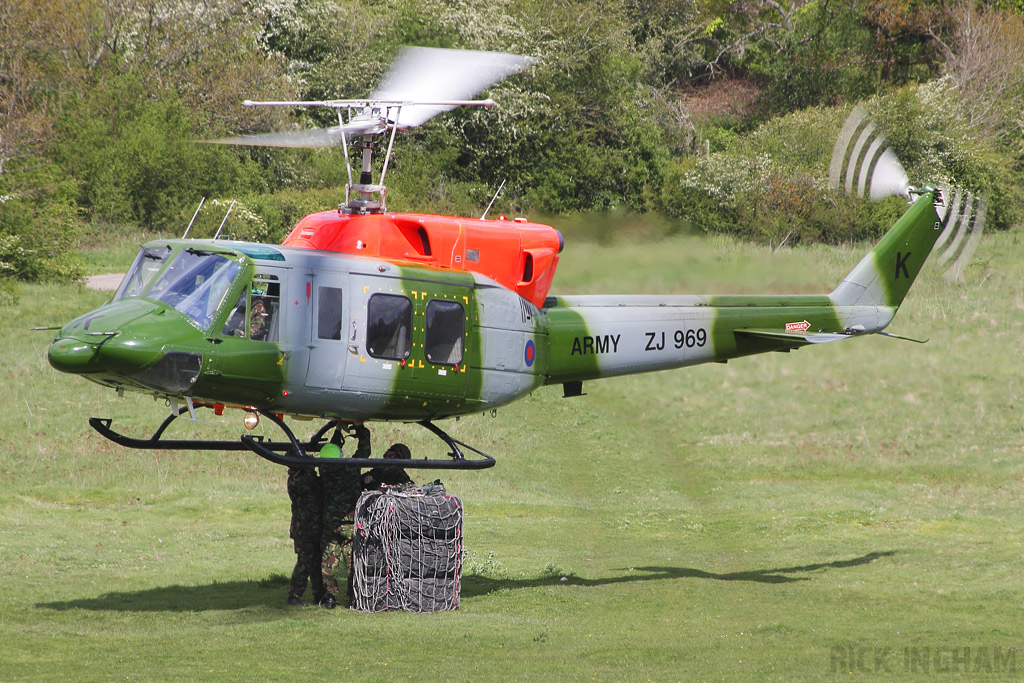 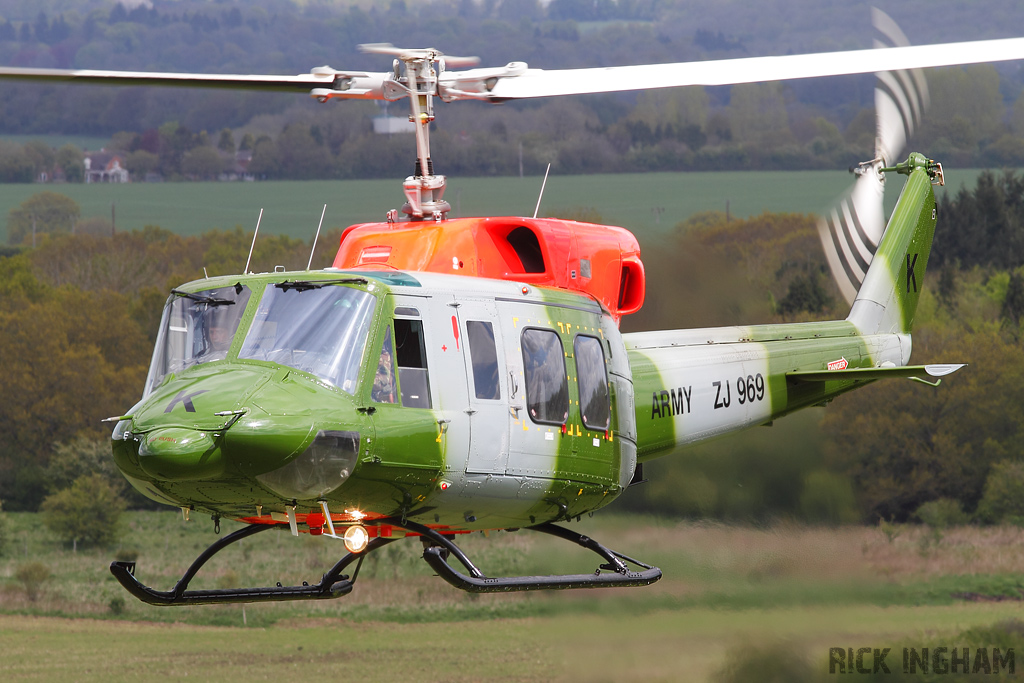 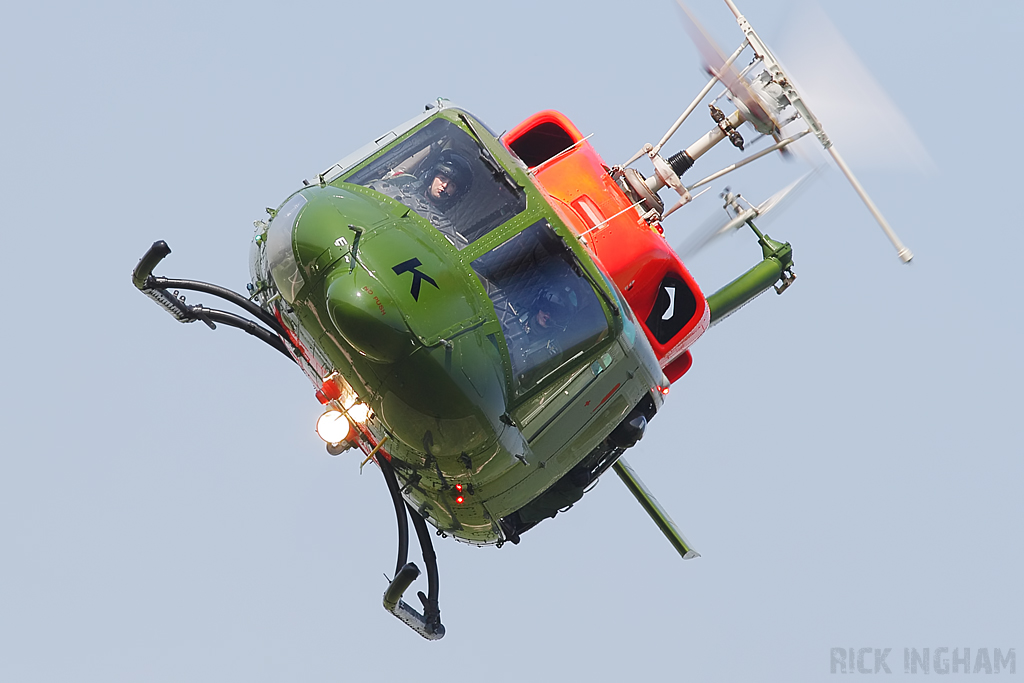 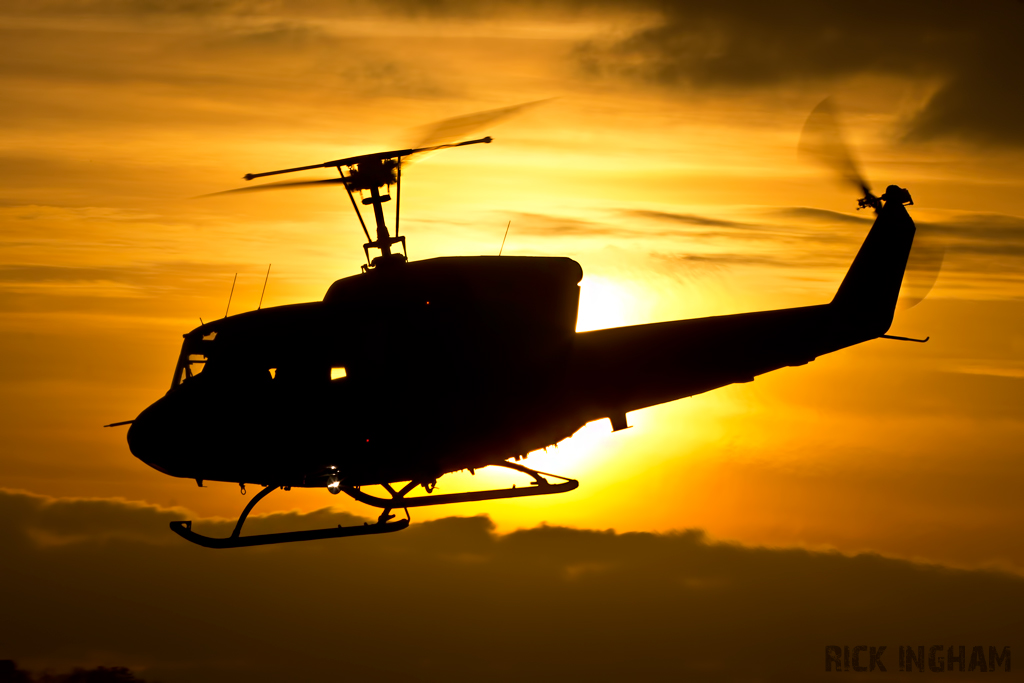